Will “TRADITIONAL” News be Relevant in The End? 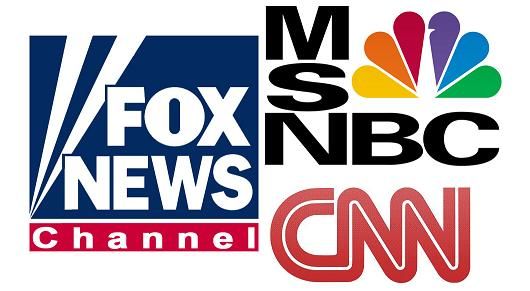 The answer is so simple that I bet you’ve already guessed! Three words: Technology, Technology, Technology. In January, many people were shocked to hear about the 7 point earthquake that hit Haiti, a few weeks later, there was an earthquake in Chile. Later on, a  3.7 hit Mexicali, Mexico. In all areas, many buildings came down, phone lines and cell phones were dead, and hundreds of thousands of people were killed or injured. How did word get out? What was the only communication from the disaster areas? The Internet!

News programs, newspapers, and other media were getting their information from Twitter and Facebook!  In between watching news accounts, it came to me: Are Twitter and Facebook faster than normal news media? What’s happening to normal media? Is it becoming obsolete? What’s the next big thing?

We know we’re on the fast track, but are you in the race or in the stands?

New news accounts from Haiti, Chile, Mexico, and other hot spots have proven that Twitter and Facebook are faster than “conventional” or “traditional” media for getting the word out. And it’s happening right now… at this very moment.

Are you using these technologies to advertise and make more business or are you just letting them pass by while you stay behind? What are you and/or your company doing to take advantage of this super FREEWAY of information?

Enrolling in social media and internet marketing in the corporate world is as important as having a phone line and it’s easy! Think about this: If you have a phone line people / clients call you and you get to sell your products. It’s the same for social media. If you have a profile, people contact you and buy from you. If you don’t, you just don’t exist!

If you want to know more, or are in need of new internet marketing technologies, feel free to contact me through the LAAA or directly using the contact page in this website.

PrevPreviousEmail Marketing 101
NextFrom India to Insurance .IN Domain Is The Right Way To GoNext

4 thoughts on “Will “TRADITIONAL” News be Relevant in The End?”